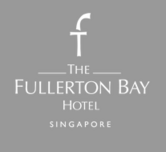 Since it opened its doors in 2010, The Fullerton Bay Hotel has made its mark as one of the excellent additions to the upscale hospitality industry of Singapore. Sited on a prestigious spot along the Marina Bay waterfront, the hotel provides the perfect vantage point to the magnificent views of the bay and the Singapore city skyline. The Fullerton Bay Hotel has gained recognition for its stylish design, luxurious hospitality, unsurpassed views, and waterfront dining experiences from leading international travel magazines such as Conde’ Nast Traveler, Business Traveller and many others.

In providing a remarkable visual impact to the hotel at nighttime, the concept of timeless elegance was taken as the main approach in façade lighting design. Significant architectural features were given due emphasis with lighting elements that were gracefully integrated with the façade detailing. As one of the main lighting features of the façade, Light Cibles created a series of glowing vertical bands of light projecting from the hotel’s glazed façade planes.

External walls dividing the individual accommodation balconies were capped with vertical glass fins and
integrated with continuous edge lighting. These lighting features give the sparkling appearance to the structure maximized by the interesting light reflections they created on the adjacent water body.

Brice Schneider, Lighting Designer in-charge of the project, explained, “The main challenge was to create a full consistent lighting effect which meant that the repetitive lighting details had to be perfectly coordinated and aligned with each other throughout the entire façade. Several design components such as glass type, glass finish, LED lighting and mounting details were developed in complete unison
to create the elegant lighting effect that we wanted to achieve.”

The same concept of vertical lighting elements is apparent in all Fullerton Heritage structures. It serves as a unifying element on the overall visual perception of the waterfront development at night.

Light Cibles composed a façade design with a total number of 200 pieces in varying profile lengths and wattage to illuminate an impressive 300 meter area of glass windows. The glass length posed a challenge to create a continuous LED length in a customized LED profile as encapsulation machine constraint only allows a maximum 1.7 meter limit. As such 2 pieces of LED strips were placed “butt to butt” with each other to form one flawless unit. Careful planning and consideration were taken using precision spacing between 2 LED strips to avoid “dark spots” in between the 2 LED strips to achieve continuous illumination. Dimming system was integrated to control the light output of these LED strips for various occasions and events depending on the time of the day creating several magical effects and ambient moods. 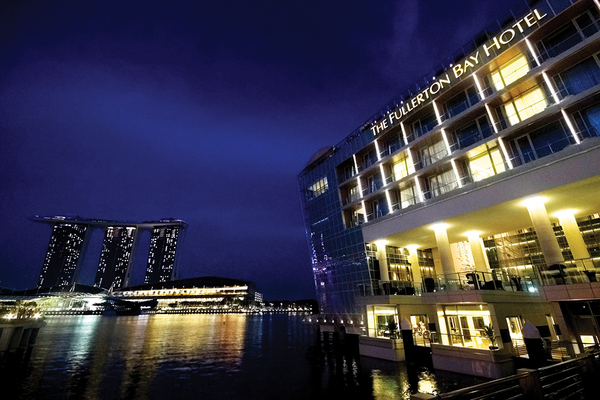 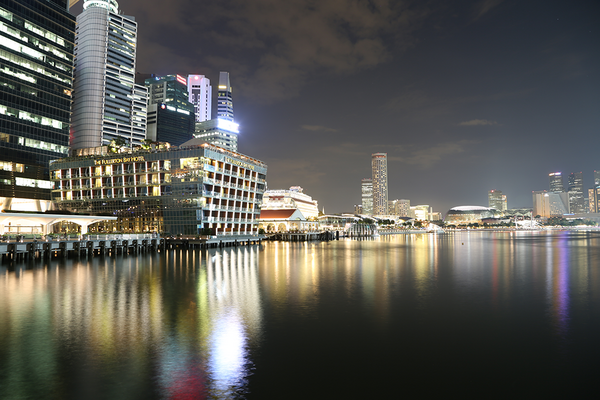 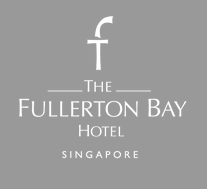 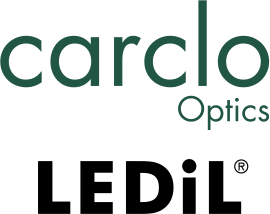